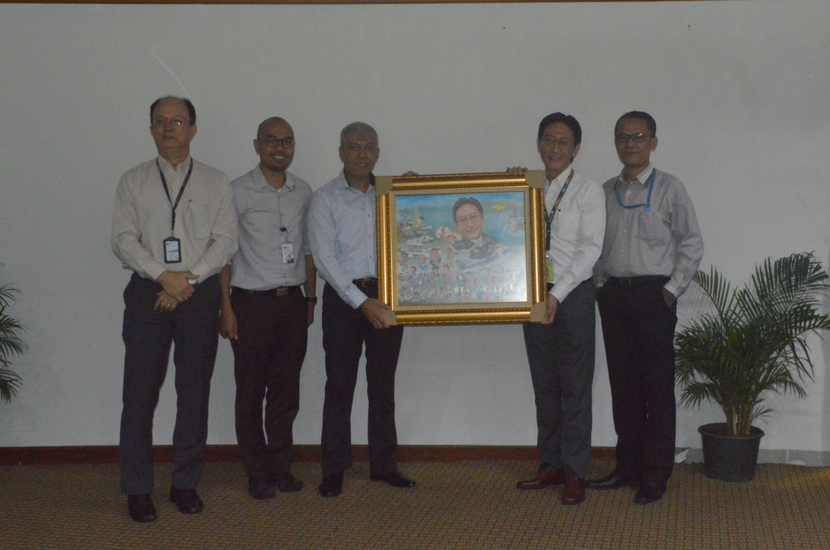 The event was held at Wisma Soewarna in the ex-Mandala room and was attended by BOD of PT JAE, Managers, HO staff, Operations team, and QAD team. At the event we displayed slide shows about PT JAE achievements in the 2 years while Pak Poon was our VPD and screened video testimonials from our BOD, Managers, and staff. Subsequently, Bp. Werry Orbani and Bp. Sayid Wijilianto presented souvenirs to Pak Poon as a high expression of appreciation and gratefulness for his contributions during his work in PT JAE. We shared both the good and sad moments with Pak Poon during the speeches. We wish Pak Poon all success for the future.

At the same time, we also welcomed our new VPD, Bp. Alan Moss. Pak Alan was our first VPD when PT JAE was established since 2003 until 2006 and he has just returned back on a new posting to PT JAE. We wish Pak Alan success with PT JAE.