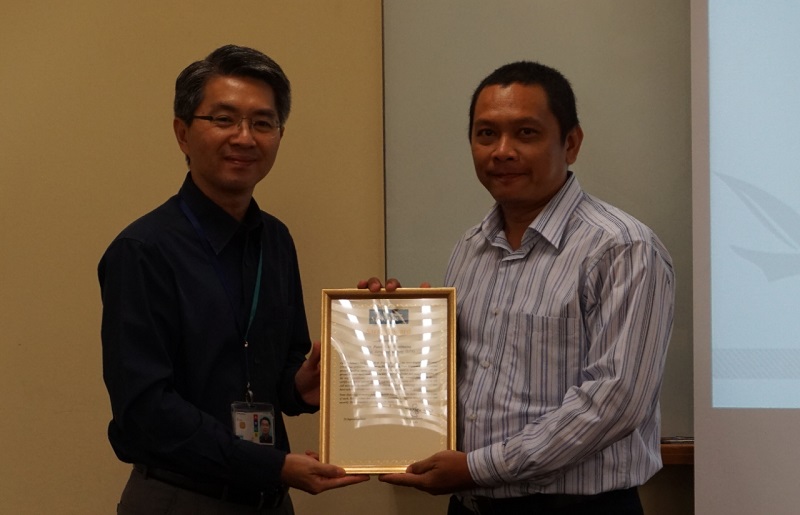 On the 31st January 2018, at BPN Station, Peter R.M. Wattimena was preparing for to attend MI138 arriving from SIN. He requested the ground handling agent (GHA) staff that was assigned to handle MI138 with the ground support equipment (GSE) to show their certificates, and noticed that some of the staff’s certificates were not current. He promptly warned those with invalid certificates not to operate the GSE and raised his concerns with the GHA. The GHA subsequently checked the certificates of all their ground staff to ensure that they have valid certificates before being assigned to handle aircraft operations”.

SIA Group and SilkAir consider that Peter have displayed exemplary professionalism in performing his duty, beyond his scope of work. His vigilance and quick actions prevented a potential breach of safety and security. He is presented with the SIA Group Safety & Security Citation and SilkAir Safety & Security Award 2018.

There were two ceremony events held, by SIA Group and SilkAir:

The award represents that PTJAE is resilient, professional organization, we learn from our shortcomings, we bounce back, and always strive to move forward and improve with higher standards of safety and professionalism.